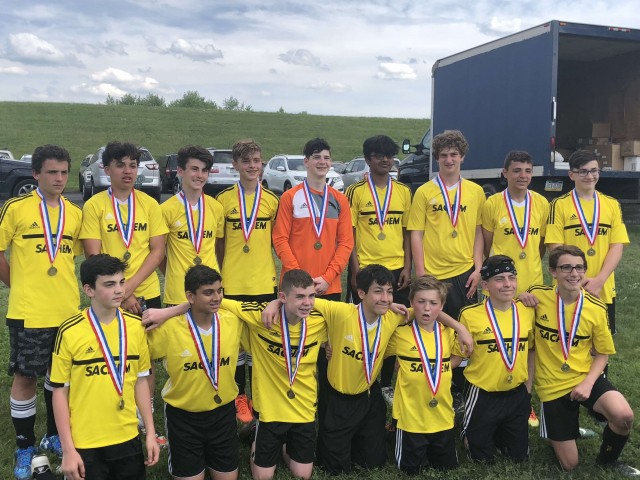 ⚽️ Remember the Name!!
The Renegades went into today’s Tournament knowing that they were facing 2 Pennsylvania Premier Teams and a club team from Pennsylvania.  Also knowing they have never won a tournament before. They stepped on to the field for the 1st game and immediately went to work. They won 4-0. 2nd game the boys still fired up stepped on the field playing a Premier academy team. In 25 Seconds they were in the 18 yard box Jarret Pimenta crossed the ball to Anthony D’Angelis who one timed it in the net.  The Renegades went on to win the Game 4-0 again. To wrap it up the boys hot and tired went on to the field. In 45 second the boys scored the 1st goal.  Continuing with how the day was going, the boys finished the win 4-0 once again.  Congrats to our goal keeper Ross Davis and our defenders Ari Shaffar, Kevin Cerrone, Danny Wagner, Tommy Graetzer and Sebastian (Seabass) Rose on 3 consecutive Shutout games. Gongrats Renegades in wininning the Whitewater Cup Championship!You earned it!